The positive effects of NP-reducing BioPellets on water quality are based on the principle of immobilization. Waste products from the water, mainly nitrate and phosphate, are converted into bacteria. This keeps the aquarium water clean. The new formula NP-reducing BioPellets are composed of 100 % pure biologically degradable polymers that can be placed in a fluidized filter or filter canister. The pellets will allow aerobic growth of bacteria which consequently will consume nitrate and phosphate simultaneously. The bacteria will use up the carbon from the BioPellets, whilst nitrogen and phosphorus are taken from the water as nitrate and (ortho)phosphate. This conversion of organic BioPellets (together with inorganic nitrogen and phosphorus) into microbial biomass is called immobilization. In addition, anaerobic layers will develop, resulting in additional denitrification.
The surplus of bacteria will be consumed by filter and suspension feeding organisms such as sponges and corals, or skimmed off by a protein skimmer. On average this solid wodka method takes 2-4 weeks to give rise to sufficient bacteria to allow nitrate and phosphate levels to drop. The main advantage of this method over using Wodka or sugar as a carbon source is that NP-reducing BioPellets stimulate local growth of bacteria in a filter compartment, instead of all over in the aquarium where they may clog up pipes and hoses. They also prevent the growth of cyanobacteria, as the bacteria growing on NP-reducing BioPellets will compete with these phototrophic nuisance microbes. Finally, NP-reducing BioPellets will save the aquarist a lot of time, as no daily dosages of carbon are required.

How it works:
NP-reducing BioPellets are consumed by bacteria, which is why new pellets need to be added every 6-12 months to compensate for digested substrate. This can be seen during inspection of the filter or when you measure a increase of nitrates. These figures however depend on aquarium conditions and are strongly influenced by feeding regimes and livestock. Taking regular measurements of both nitrate and phosphate levels in the aquarium is recommended, after which dosages may be increased or decreased. Of Note, NP-reducing BioPellets consist of a higher molecular mass than most competing products resulting in a longer filter retention time and thus requires less frequent refill then other low molecular weight products which are currently being marketed.
We suggest placing the outlet of the pellet filter in front of a protein skimmer, to limit the amount of bacteria entering the system. This has the additional benefit of increased gas exchange (CO2-removal and O2-addition). The pellets should never be used without sufficient aeration, as this may lead to low oxygen and pH levels, especially during night time. Proper aeration can be established with air pumps and protein skimmers.
The NP-reducing BioPellets will allow more feeding and thus more livestock, however, when heavy feeding is required, it is recommended to combine the pellets with standard phosphate adsorbents. The reason for this is that most aquarium feeds contain higher levels of phosphate than is consumed by bacteria, fish and invertebrates, when compared to nitrogen. Some phosphate adsorbents however deplete alkalinity and may reduce pH. Using phosphate adsorbent media based on iron hydroxide does not have this disadvantage.

Important!
Cloudy water / Bacteria bloomCloudy water or Bacteria bloom happens after a couple of days when you introduced the NP Reducing BioPellets. 99% of the bacteria blooms happens when the aquarium contains a high level of nitrates, 20ppm or higher. How to solve this problem ?When you measure high nitrate levels in the aquarium please introduce the NP Reducing BioPellets in steps. Start with 25-50% of the volume you want to use. Wait 3-7 days and add some more pellets to your filtersystem till the desired amount of NP Reducing BioPellets.
Also:
Maintain sufficient water flow through the BioPellets, to prevent production of hydrogen sulfide gas.
The use of ozone and UV will negatively affect bacterial recruitment of the BioPellets and increase the maturation time of the filter. In addition, bacteria which are released from the pellet filter and are not skimmed off before they are released in the main tank, could release their nitrogen and phosphate rich content as a result of bacterial cell death, thus reducing the effectiveness of the pellets. UV, Ozon, sponges or any other systems that will block or inhibit the rapid skimming of bacteria can have this effect.
When nitrate levels are high this can result in a bacterial bloom of a couple of days which can negatively affect oxygen levels in your tank. This can be reduced by slowly adding/increasing the BioPellet content of your filter and allow proper aeration of your tank.
When nitrate and phosphate are already very low before applying BioPellets, a decrease in these levels may not be detectable with standard aquarium testkits.
We also suggest placing the outlet of the pellet filter in front of a protein skimmer, to limit the amount of bacteria entering the system. This has the additional benefit of increased gas exchange (CO2-removal and O2-addition). The pellets should never be used without sufficient aeration, as this may lead to low oxygen and pH levels, especially during night time. Proper aeration can be established with air pumps and protein skimmers.
The Difference
Our succes with ReefInterests revolutionairy finding of the NP Reducing BioPellets hasnt been unnoticed by others. We gain some competitors which gives us a very good feeling in one way, but also a bad feeling in the other way.
Most of these competitors claim they sell the same pellets as the NP Reducing BioPellets, or that they come from the same manufacturer. Some even copied our text from the website one on one. The NP Reducing BioPellets are exclusively distributed worldwide by D. van Houten (Import) based in Groningen, The Netherlands. We ship the NP Reducing BioPellets to local distributors who are taking care of the local markets.
Over time we got some samples from these competitors. We did multiple tests at the university and collected data sheets from manufacturers. The outcome was very shocking. Some pellets contain toxic fillers like anti-oxydants which are toxic to fish, corals and algae. These pellets are mainly used in water treatment plants where all living things are unwanted. hese toxins will not the released in the water instantly when you introduce these pellets to your system. The toxins will be slowly released due to the degration of these pellets by bacteria.
NP-REDUCING BIOPELLETS ARE CERTIFIED FREE OF ANY TOXINS FOR MARINE WATERSYSTEMS BY 2 INDEPENDENT LABORATORIES.
We also found that the look-a-like NP Reducing BioPellets consist of a much lower molecular mass then our NP Reducing BioPellets which results in a lower retention time and thus requires more frequent refilling of the filtermedia.

NP-REDUCING BIOPELLETS ARE CERTIFIED FREE OF ANY TOXINS FOR MARINE WATERSYSTEMS BY 2 INDEPENDENT LABORATORIES. Make sure you get the original NP Reducing BioPellets. Our success hasnt been unnoticed by competitors
Available in 250, 500 and 1.000 ml

There are no reviews yet.

Only logged in customers who have purchased this product may leave a review. 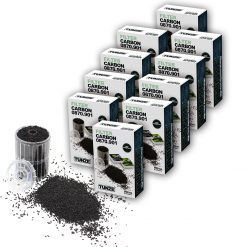 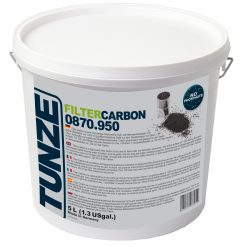 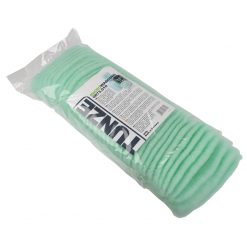